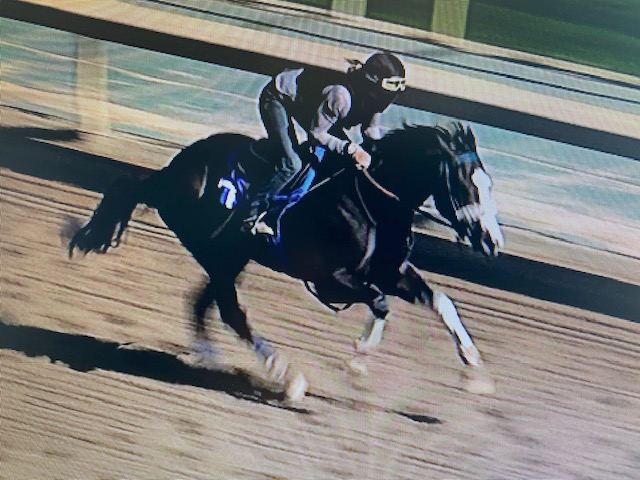 Millie Ball: It’s been three ‘works’ and about 5 inches of rain since we last spoke with Honor A.P. waiting ‘on deck’ for his next race. How is he handling it all and what challenges are you faced with in this holding pattern?

John Shirreffs: Honor A.P. is handling his workout patterns with the little delay in the Santa Anita Derby. You asked me what the challenges were, well one of the things is backing off a little bit, right, so instead of if he was getting ready to work five eights in 59 (secs) and change or 6 furlongs in one (minute) twelve (secs) and change that would have meant he would have to break off sharp and get into his work quickly but when you’re in the holding pattern, now you’re not going to do that. Now you’re going to go back to those, what they call ‘maintenance works.’ Half miles in a nice comfortable 49 (secs) with him staying in the bridle all the way and galloping out strongly and keeping it a very comfortable thing so it doesn’t add any stress at all.

So that’s what we’re doing with him and it works out really well because then we can concentrate on his gallops so we’re not focussing on his works anymore, now we’re focusing on his gallops. With his gallops, the important thing is the rhythm that he has in his stride, how he’s carrying his head, how his breathing is, and how he’s relaxing. I think it’s very important for a horse to get in a nice relaxed gallop that covers the ground. You don’t want them going too slowly as they’re not going to gain anything out of that but at the same time you don’t want them to go too fast because then they’ll e using up some of the energy they’ll need later on so its all about finding that little happy medium where they’re comfortable and they’re not hitting the ground hard and they are getting a nice blow-out out of their gallops.

Millie: What race are you preparing him for and how do those decisions affect your approach with his works?

John Shirreffs: Honor A P is waiting for the Santa Anita Derby, I’ve a lot of faith that Santa Anita will open and they’ll run the Derby early, so I think it is much better to just stay here and wait for that race rather than to ship around the country looking for a race.

The preparation for the Santa Anita Derby will be basically the same that we did for the San Felipe, we’ll make sure that he gets a nice long work so he gets the distance well then we’ll give him something shorter to sharpen him up so he’ll have a little bit of speed away from the gate and he can get himself well placed. But, I don’t think there is anything special that we need to do, we just need to do the regular training where you start adding a little speed to the horse’s works as he gets closer to his race. 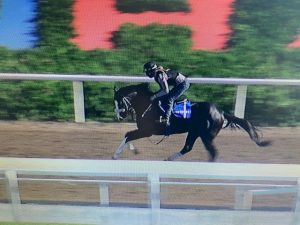 Musings from My Grade One Couch: Analysis of Gulfstream Park for April 23rd, 2020