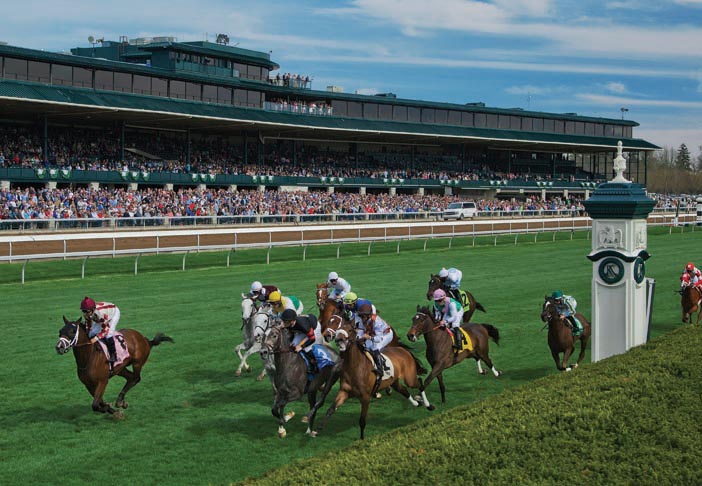 Performed exceptionally well in her sprint debut at Fair Grounds last month, overcoming a rugged start (bounced repeatedly leaving the gate) before finishing with a strong late rally and a superior gallop out when third behind runaway winner Limitless in a very fast, highly-rated race.  Certainly bred to run long (First Dude) and gets that chance today in this middle distance maiden affair for fillies and mares.  At 8-1 on the morning line she offers considerable value both in the straight pool and in rolling exotic play.

Has developed into an exceptional late-running turf sprinter and will be powering home in the final furlong in this listed stakes for older fillies and mares.  The Neil Drysdale-trained filly will need racing luck – she could very well be last down the backstretch – but if the daughter of Medaglia d’Oro can gain momentum into the lane and not get stopped, she could be very difficult to contain when it matters the most.  Worth a gamble at 10-1 on the morning line.