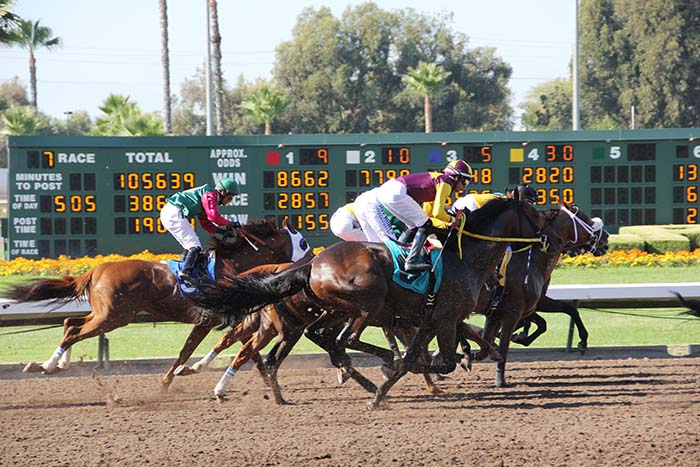 Has the classic two-sprints-and-a-stretch-out pattern we like so much and at 8-1 on the morning line this daughter of Big Brown offers considerable value in a modest maiden $35,000 claiming turf miler.  Exits a fast,  highly-rated sprint and goes for a barn that has superior stats with the sprint-to-route angle.  A nice, easy, half mile breeze since her last race should have this Martin Wolfson-trained sophomore primed for a major forward move.

Launches a comeback for top trainer Phil D’Amato (superior stats with come-backers) and catches a field lacking in early speed.  Gelded son of Henny Hughes has worked like he’s fit and ready and should be on or near the lead without exerting much effort.  Has several back numbers that are more than good enough to beat this conditioend allownace field, so anything close to his 5/2 morning line can be considered excellent value both in the straight pool and in rolling exotic play.