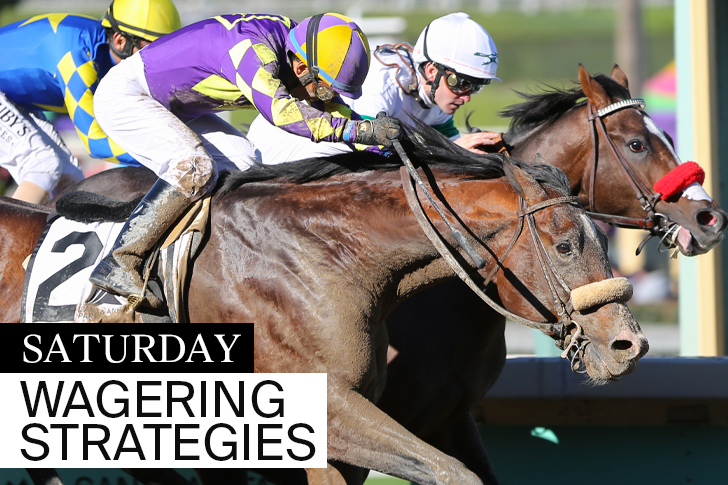 In a race that projects to be slowly run early, the California shipper should have every chance to pass her class test in this year’s renewal of the Belmont Oaks Invitational-G1 while offering excellent long shot wagering value at 12-1 on the morning line. A winner of four of five career starts on grass including three stakes, the daughter of Cairo Memories arrives fresh from back-to-back graded victories at Santa Anita after displaying the versatility to win on the lead as the controlling speed or from off the pace behind a soft pace. Regular pilot Mike Smith can choose his strategy depending upon the race flow, but we suspect that from his inside draw the Hall of Fame jockey will allow the Bob Hess, Jr.-trained filly to control the proceedings from gate to wire. In a field loaded with gifted European invaders, her very best will be required at the price she’s worth a gamble.

After finishing an excellent runner-up behind French classic winner Modern Games in the 2021 Breeders’ Cup Juvenile Turf-G1 last November and with four starts in the interim, the Kenny McPeek-trained colt finally returns to his preferred surface (grass) in this year’s edition of the Belmont Derby Invitational-G1 and seems well-spotted to regain his winning form. Successful in a pair of all-weather stakes in the spring – including a win over subsequent Kentucky Derby hero Rich Strike in the Jeff Ruby Steaks S.-G3 two runs back – the son of Hit It a Bomb has enough tactical speed to always be within striking range in this 10-furlong affair and then have every chance to kick home when the pressure is turned on from the top of the lane to the wire. A couple of recent sharp workouts should have him on edge for his first start since finishing a not-too-bad ninth in the Run for the Roses, so at 6-1 on the morning line there should be plenty of wagering value available in the win pool and in the various rolling exotics.

In a wide-open grass grab bag for maiden New York-bred older horses, let’s go for a big price with this intriguing first-timer from the Horacio De Paz stable. The son of Street Sense has done some notable work in the a.m., including a sharp half mile gate drill in :47 4/5 (second fastest of 53) on the training track in mid-May and lands the barn’s “go-to” rider J. L. Ortiz (44% with a massive ROI with this angle). In a race in which the known element doesn’t particularly impress, a fresh face may be the way to go, and this sophomore gelding should be highly-competitive based on the evidence at hand.