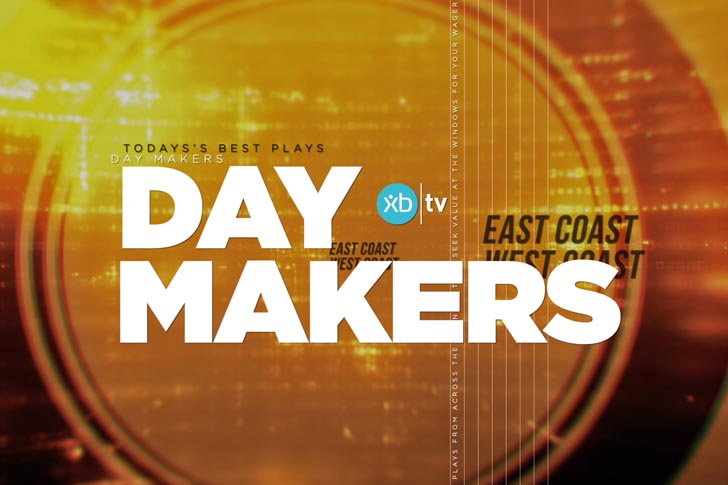 Jeff Siegel’s Day Makers – his prime plays from around the country –  are offered on a daily basis to members of xpressbet.com and 1stbet.com.  The day’s the cream of the crop, Day Makers emphasize price and wagering value and should be given strong consideration both as straight wagers and as keys in vertical and horizontal exotics.

Looks very much like a win early type based on his recent solo gate drill (see workout) over the Gulfstream Park main track, a bullet drill accomplished in blinkers under a tight hold while displaying good athleticism and enough fitness to win at first asking.  Juvenile son of Dialed In goes for a powerful jockey/trainer combo (29% with a massive flat-bet profit), so we’re expecting this Arindel homebred to a very live item at 7/2 on the  morning.  If he breaks running from the rail,  he could be long gone.

Makes her debut for C. Brown (22% with first-timers) following a series of breezing workouts that should have her fit and ready in a race in which the known element doesn’t particularly impress.  Been training locally for several months (see workout) but was left behind while the bulk of the stable shipped north in order to take advantage of this Florida-bred maiden condition.  The daughter of Point of Entry out of the good race mare Corner Three (herself a debut winner for these connections) should outclass this field, so we’ll make her a win play and rolling exotic single at anywhere near her morning line of 5/2.

Into Mischief colt was a buyback at $320,000 as a weanling and then brought $450,000 the following September when purchased at Keeneland by Shadwell, a significant amount considering the pedigree is empty under the first dam, so he must be one terrific-looking athlete. The work tab provides strong indication that he’s a runner as well and should be plenty fit for a top effort first crack out of the box for a trainer that has superior stats with first-timers (29% with a flat-bet profit).  In a field that doesn’t appear to have any champions in it, the M. Pino-trained colt should be hard to beat if he doesn’t make any mistakes.  Let’s hope we can get close to his morning line of 7/2 both in the win pool and in our rolling exotics.

Makes her U.S debut for C. Clement in a modest first-level allowance affair and brings with her European form that should be good enough to handle this assignment.  Purchased overseas last fall at the Arc Sale for the U.S. equivalent of $164,000, the listed stakes-placed French-bred filly has put together a series of solid workouts at Payson Park and most recently at Saratoga to have plenty fit, and as a first-time Lasix user she has a right to be improve on this side of the pond.  At 5-1 on the morning line, she’s worth a bit of a gamble in the win pool as a rolling exotic single.