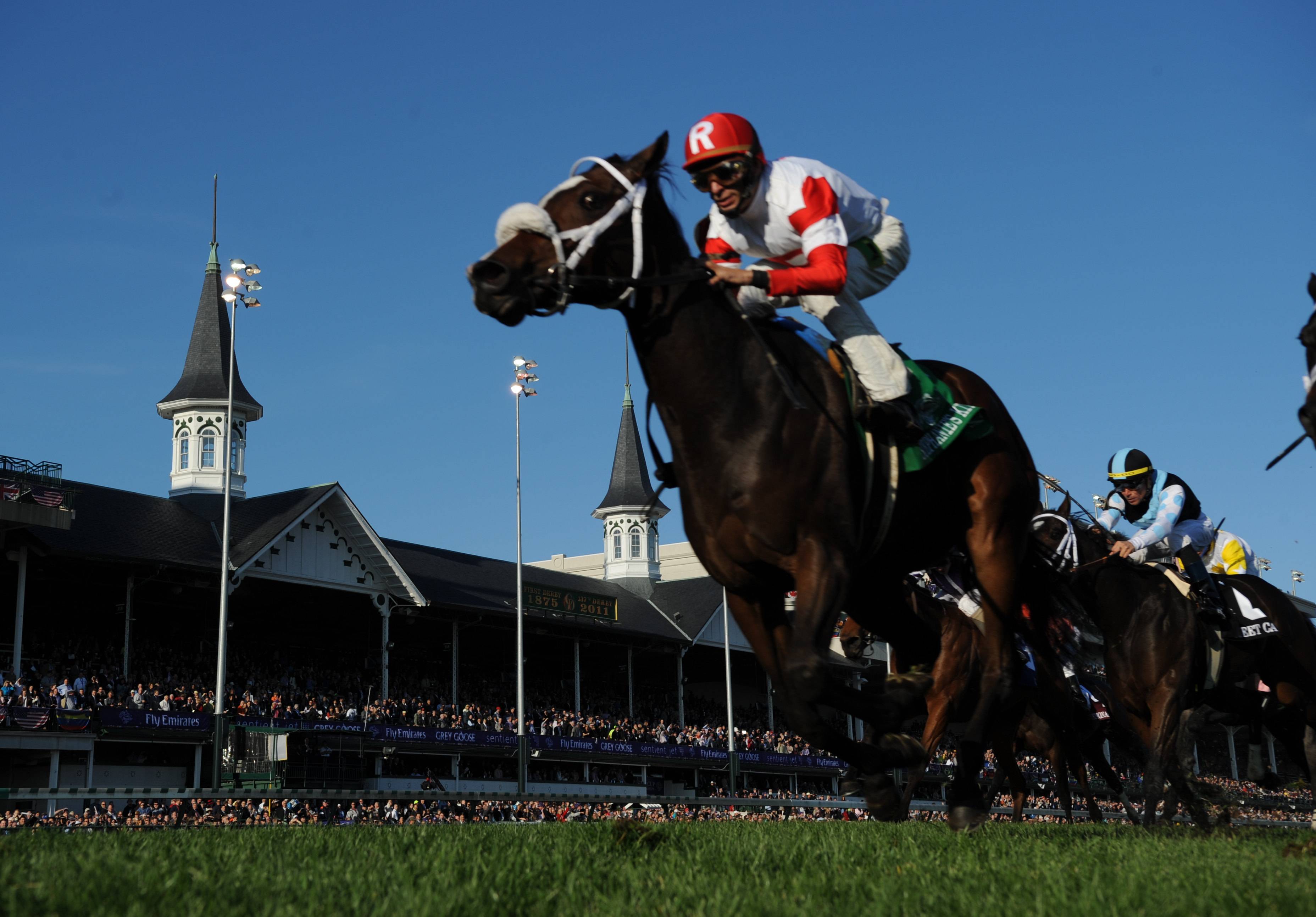 Here’s a grass grab bag for first-level allowance older horses that offers a possibility of a price chance. Wora returns to turf, has run well on the lawn in the past, and tackles an easier group after failing to land a blow in a tougher spot on dirt at Churchill Downs on Derby day. Freshened for more than two months and working well in the interim, the son of Upstart has back numbers that make him dangerous at this level and projects to settle in the second flight and then have him chance to tag the speed from the quarter pole home. He’s listed at 8-1 on the morning line and we suspect he’s better than that.
*
*
Woodbine Race 7 – Post time: 4:21 ET
3-Our Flash Drive (7/2)

Had a couple of outings last summer at Saratoga without much success but returned a much better filly in her sophomore debut three weeks ago when dismantling a maiden field with ease in her first outing over the local all-weather surface. In victory, the daughter of Ghostzapper gave every indication that she’ll be even better around two turns, so despite this aggressive raise in class to Grade-3 company we anticipate the M. Casse-trained filly will be up to the task. A bullet recent workout (46 4/5 seconds, fastest of 44) in another plus, so at 7/2 on the morning line she’s a solid win bet and rolling exotic single.
*
*
Ellis Park Race 8 – Post time: 4:10 CT
6-Esperer (8-1)

Let’s take a shot at a price with this freshened filly from a somewhat low profile but highly capable outfit. Unplaced in both of her starts as a 2-year-old in tougher company than she’s facing today, the French-bred 3-year-old returns as a first-time Lasix user with a steady, healthy series of workouts that should have her geared up for a top effort. The V. Oliver-trained 3-year-old earned competitive speed figures last fall and could easily be a better type this time around, so in an abbreviated turf sprint that came up fairly light, she’s worth consideration in the win pool and in the various rolling exotics at or near her morning line of 8-1.
*