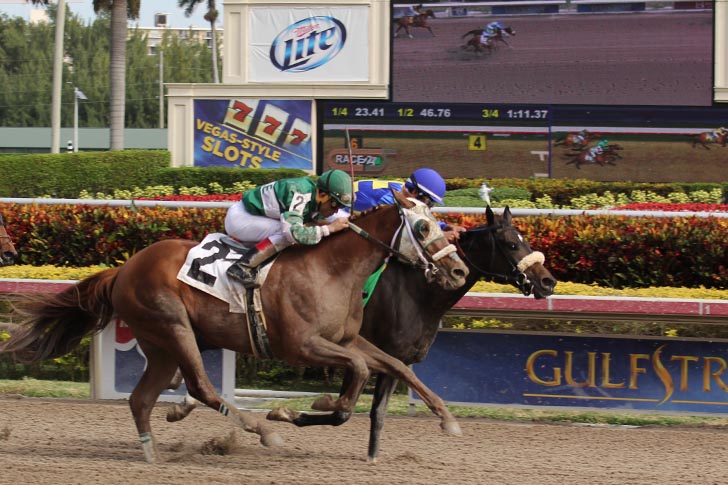 Has a ton of early speed, wants to show it, and most likely will be quite comfortable being let roll from the gate in this seven furlong maiden sprint for juvenile fillies. Set the pace under rating tactics routing on grass at Saratoga in her debut in a very strong, productive event and weakened through the lane, but under these conditions when facing what appears to be considerably softer competition the daughter of Air Force One should simply outclass this field for a barn that has superlative stats with second-time starters. There should be plenty of value at or near her morning line of 5/2 if you can get it.

We’re going to assume that this tough-as-nails gelding simply didn’t not handle the deeper Del Mar surface in a pair of recent substandard outings will rebound with his best effort today with the switch to the glib Los Alamitos main track in this year’s edition of the Los Alamitos Special. Drawn comfortably inside and likely to be on or near the lead throughout, the veteran gelding finished a close second to subsequent Pacific Classic-G1 winner Tripoli three races back and anything close to that effort today should be good enough. At 7/2 on the morning line he’s a win play and rolling exotic single.