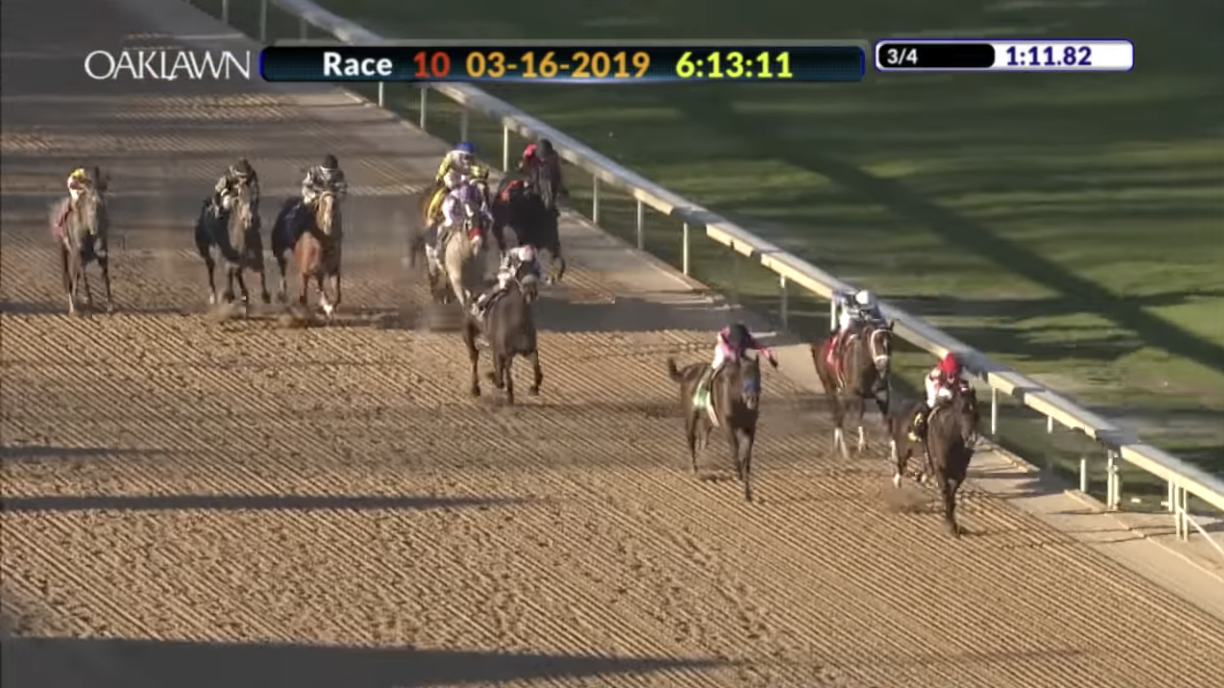 Below is my economical late Pick 4 ticket for a strong card at Oaklawn Park on Saturday. As always the ticket is $20 or less. Good luck!

Tom’s d’Etat (#3, 3-1) is on a tear and it is hard to go against this Grade 1 winner in this spot. He is 3 for 3 with Rosario aboard and may even like the 1 mile distance best with his running style. He has the versatility and consistency to lean on here.

Mr. Money (#2, 4-1) threw in a dud in the Breeders’ Cup Dirt Mile, but I still think he is a true miler and is as good as anyone on his best day. Expected improvement in his first start at 4, makes this colt the main danger to Tom’s d’Etat.

Ugo (#6, 20-1) has a chance to wire this wide-open field at a big price. He posted consecutive bullet works going into his debut, but showed no speed after breaking a touch slow from the rail and was never involved. He comes into start number 2 with two additional bullet works, adds blinkers and stretches out for a 30% jockey/trainer combo. Look for him to take them as far as he can.

Dean Martini (#10, 7-2) ran a strong second in his return to dirt and appears to be sitting on a win for the always dangerous Brad Cox barn.

What a Country (#4, 8-1) lost on debut to Blackberry Wine, who was breaking maiden for a 3rd time thanks to failed drug tests. He certainly will not face anyone of that caliber today and has a big shot with a slight move forward.

Hunt the Front (#12, 6-1) has strung together consecutive solid races and attracts Rosario for this race. He must overcome an outside draw however; and trainer Nick Zito has been social distancing himself from the Winner’s Circle for a long time now.

Oxide (#7, 5-1) has been inching towards a win and should sit a nice trip just off of the speed in this spot. He should appreciate shortening up in distance.

Taishan (#8, 8-1) won like a good thing last time out over this track. He did make an easy lead on a sloppy track, but he ran faster than Nadal did the same day in the Rebel and seems to be the type of horse that needs to be aggressively ridden early. Rosario got a feel for him last time and I think this colt will prove his last win was not a fluke.

Basin (#1, 7-2) needed his last start when making a strong middle move into a hot pace. He also encountered a bit of trouble. I expect the Hopeful winner to take a big step forward in this spot and is the horse to beat.

Background (#11, 12-1) broke his maiden with authority and had no chance after breaking slowly and getting caught behind a slow pace on a sloppy track last time. His numbers continue to improve and he is a live price play here.

Farmington Road (#12, 6-1) continues to improve with distance and should be more involved early on with the addition of blinkers. His effort in the Risen Star was sneaky good.

Hunka Burning Love (#3, 15-1) is my play of the day at 15-1. This horse was in razor sharp form last summer and fall before tailing off. Crafty trainer Ingrid Mason removed blinkers last time out looking for a spark and that effort signifies a return to peak form.  He was hustled for the lead, but Home Run Trick, who was coming off a fast win and is running in the Oaklawn Mile, cut him off on the first turn, causing him to steady and become rank. He dueled throughout fast factions, got the best of Home Run Trick, and understandably got tired late (he was two noses away from 3rd). He catches a field without much pace today and will be long gone on the front end. He offers tremendous value at 15-1 and will make this Pick 4 pay.

Musings from My Grade One Couch: Gulfstream Park Analysis for April 16th, 2020