It’s Post Time by Jon White: Combatant and Instilled Regard Now In Derby 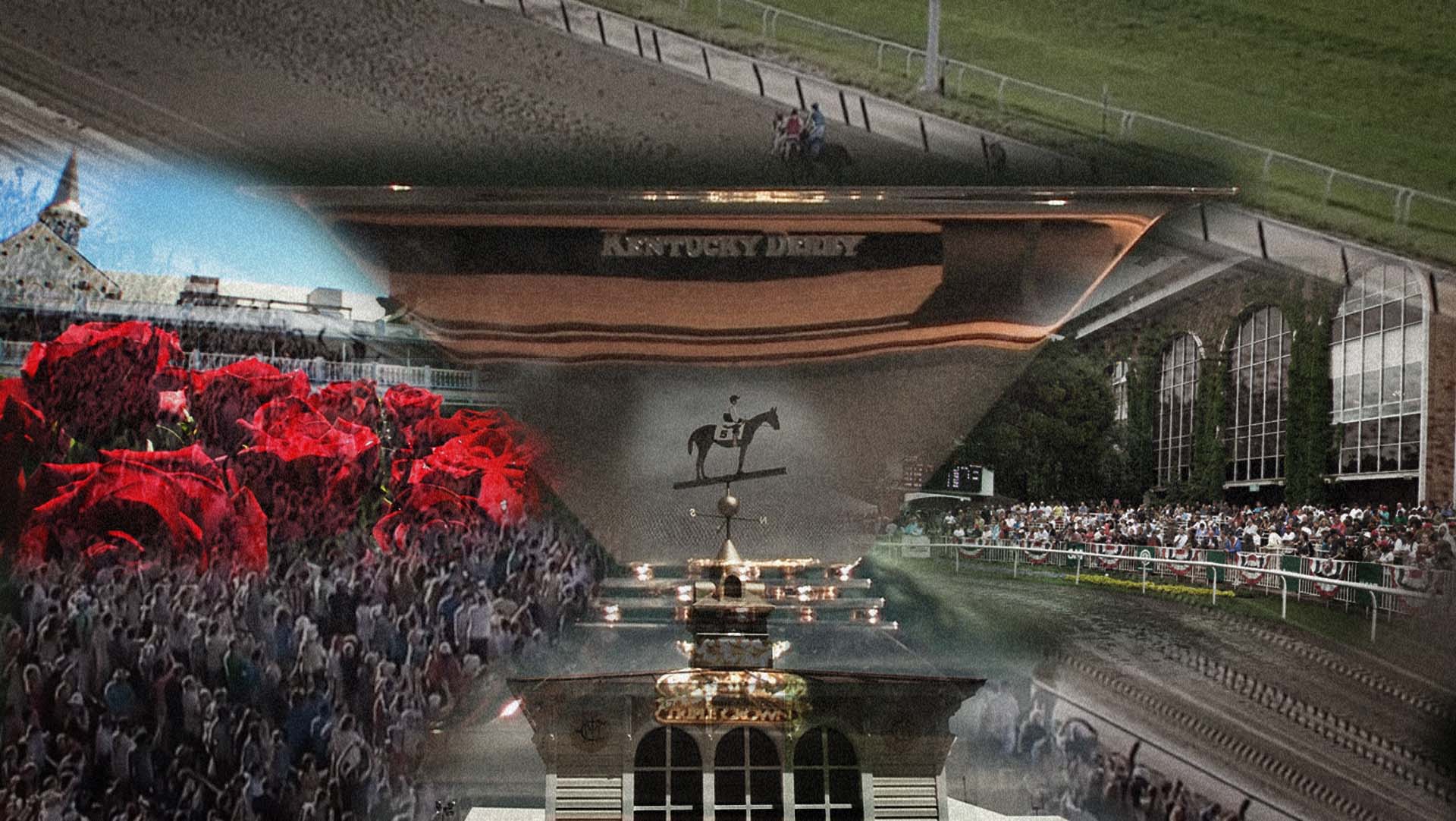 Quip and Gronkowski are out. Combatant and Instilled Regard are in.

It was announced Monday that Quip, winner of the Grade II Tampa Bay Derby and runner-up in the Grade I Arkansas Derby, will not run in the Grade I Kentucky Derby at Churchill Downs on May 5. Quip races for WinStar Farm and China Horse Club International.

Elliott Walden, chief executive officer of WinStar, explained in a Daily Racing Form story written by Jay Privman that the decision was made for Quip to skip the Kentucky Derby in order to give him more time before his next race. Quip now will be prepared to run in the Grade I Preakness Stakes on May 19 at Pimlico.

“We asked a lot of him to go to Oaklawn and try to get him a Grade I [win],” Walden said. “We’d like to give him a little more time. This gives us five weeks to the Preakness.”

Meanwhile, Phoenix Thoroughbreds issued a press release Monday stating that Gronkowski would not “participate as scheduled in the Run for the Roses” after he “spiked a fever over the weekend and was immediately treated with antibiotics.”

Gronkowski had won all three of his starts in England this year. The three victories had come on synthetic footing. He is named for New England Patriots’ standout tight end Rob Gronkowski, who recently had acquired an ownership interest in the colt.

On April 18, Rob Gronkowski tweeted: “It’s official, I am part of the Gronkowski Team! GRONK ACQUIRES A STAKE IN GRONK … THE KENTUCKY DERBY-BOUND RACEHORSE!”

“We are beyond disappointed that Gronkowski will miss the Kentucky Derby,” said Tom Ludt, who directs Phoenix Thoroughbreds’ international operations. “To have a Derby contender with our first group of 3-year-olds was a dream come true. And to have had New England Patriots star Rob Gronkowski join us on that journey made it even more exciting. But we must put the welfare of the horse first. We look forward to the colt recovering quickly and to his future races.”

The press release went on to say Gronkowski “will be given time off from training to fully recover” from the illness.

Quip had been No. 9 on my Kentucky Derby Top 10 list last week. Gronkowski was not on the list.

I will have my Kentucky Derby selections next Wednesday, plus how each entrant in the race fares in my Derby Strikes System.

The defections of Quip and Gronkowski have opened the door for both Combatant and Instilled Regard to join the 20-horse Kentucky Derby field.

Combatant has finished fourth or better in all seven of his career starts. Most recently, he ran fourth behind Magnum Moon, Quip and Solomini in the Arkansas Derby at Oaklawn Park on April 14.

For Scat Daddy to be represented by four starters in the Kentucky Derby this year is truly a tremendous achievement. One can only wonder just what might have been if he were still alive.

Dermot Ryan, manager of Ashford Stud in Kentucky, announced on Dec. 14, 2015, via Twitter: “Scat Daddy was in the best of health but totally unexpectedly he dropped dead when walking out of his paddock; Everyone here at Ashford is very upset as he was a smashing horse with a great career ahead of him.”

In the 2007 Kentucky Derby, which was won by Street Sense, Scat Daddy finished 18th in the field of 20. That turned out to be the final start of Scat Daddy’s career. On June 25 that year, BloodHorse reported that he had “been retired from racing because of a slight tendon injury suffered in an unplaced effort in the Kentucky Derby.”

Scat Daddy won five of nine career starts and earned $1,134,300. His sire, Johannesburg, was voted a 2001 Eclipse Award as champion 2-year-old male following his victory that year in the Breeders’ Cup Juvenile at Belmont Park.

Hennessy also is the sire of Henny Hughes, whose daughter Beholder was voted four Eclipse Awards during her outstanding career in which she won the Breeders’ Cup Juvenile Fillies at 2 and the Breeders’ Cup Distaff at 3 and 5.

Mike Battaglia’s official morning line for the Kentucky Derby will be issued next Tuesday after the important draw for post positions. Meanwhile, these are my updated early odds for the 20 horses currently listed as in the field by Churchill Downs following the defections of Quip and Gronkowski:

John Avello at the Wynn Race Book in Las Vegas offers wagers on a number of head-to-head Kentucky Derby matchups. If the line is -110, it means you must wager $110 to win $100. If the line is +110, it means if you wager $100, you will win $110. In these matchups, the horse you bet on does not have to do anything more than beat the other horse in the matchup.

These are Avello’s head-to-head matchups:

On Dec. 17, 2000, the final race was run on the five-eighths oval that was Playfair Race Course in my hometown of Spokane, Wash. Sadly, on the land where the horses used to race, it is now a business facility called Playfair Commerce Park.

Playfair Race Course was where my career in racing began when I first started working for the Daily Racing Form in 1974. Who would have ever guessed that Playfair would have played a role in Something Awesome’s victory in last Saturday’s $1.2 Charles Town Classic?

Former jockey Jose Corrales trains Something Awesome for Stronach Stables. Charles Town is what is called “a bullring,” a track that is less than one mile in circumference. Because of Corrales’ experience of riding on a bullring at Playfair, he was eager to run Something Awesome in the Charles Town Classic, a race contested on a six-furlong oval.

Corrales’ confidence that Something Awesome would do well on the six-furlong oval proved to be justified when the 7-year-old gelding won the 1 1/8-mile Charles Town Classic by a neck in a 9-1 upset. War Story finished second. Fear the Cowboy ended up third, one length behind War Story. Diversify, the 6-5 favorite, finished seventh after leading early.

Hall of Fame jockey Edgar Prado rode Something Awesome, who now has won three in a row. Prado had collaborated with Something Awesome to win Laurel’s Grade III General George Stakes on a sloppy track Feb. 17 and Laurel’s Harrison E. Johnson Memorial on March 17 prior to their lucrative score at Charles Town.

Corrales grew up in Panama. When he was 14, he enrolled in that country’s jockey school. After graduating two years later, he rode for three years in Panama before coming to the United States. Corrales was hoping to become a top rider in the U.S., like these Panamanians who now are in this country’s Hall of Fame — Braulio Baeza, Laffit Pincay Jr., Alex Solis, Jacinto Vasquez, Jorge Velasquez and Manny Ycaza.

One morning at Saratoga in 1984, Corrales and Wesley Ward each worked a horse from the starting gate together. Corrales beat Ward in the team drill. Ward, who would end up being voted the 1984 Eclipse Award as outstanding apprentice jockey, was impressed with Corrales’ riding skills. Ward also could not understand why Corrales was not riding much at Saratoga.

Ward told Corrales he needed to go someplace where he could get experience riding races. Ward said he knew just the place. And with that, Ward handed Corrales a plane ticket to Spokane. Ward, who was born in Selah, Wash. (near Yakima), helped get Corrales set up at Playfair so that he could get the race-riding experience that he needed.

Corrales was not an instant hit at Playfair in 1984. It took him some time to learn the ins and outs of riding on that five-eighths oval with its sharp turns. But Corrales dominated there in 1985 and 1986. He set a record with 138 wins in 1985. Playfair had a 101-day meeting that year. In 1986, Corrales shattered his own record by riding 190 winners. Playfair again had a 101-day meet that year. At the 1986 meet, Corrales won the $62,800 Spokane Futurity on Gray Satan. It was the richest race that would ever be run at Playfair.

Also in 1986, Corrales tested the water at the biggest track in the state, Longacres, near Seattle. He flew over to Longacres to ride a Sunday card and won with two of his three mounts, including the $100,000 Longacres Lassie Stakes aboard Spring Trooper. That success led him to ride at Longacres full time in 1987. He finished third in the standings there in 1987 and second in 1988. In 1989, Corrales won the biggest race of the meet for 3-year-olds, the Longacres Derby, on Harmony Creek.

Corrales would go on to have success as a jockey in Macau, China. He ruled the jockey colony there from 1994 to 1996.

After Corrales’ career as a jockey ended, he decided to work toward becoming a trainer. He was an assistant for a time to Ward when that trainer made history in 2009 by becoming the first U.S.-based conditioner to ship a horse to England to win a stakes race at the prestigious Royal Ascot meeting. Ward won the Windsor Castle Stakes with 33-1 Strike the Tiger, a 2-year-old gelding. The next day, Ward won an even bigger race at Royal Ascot, the Group II Queen Mary Stakes, with the 2-year-old filly Jealous Again.

Another trainer Corrales spent time working for as an assistant was the legendary Jack Van Berg, who died last Dec. 27.

In a 2016 Thoroughbred Daily News story written by Brian DiDonato, Corrales talked about how much it had meant to him to work for Hall of Famer Van Berg.

“He’s one of my idols in this business,” Corrales said. “He’s a good man, a good boss and a good friend. Being around people like that is what helps you go places.”

And the place Jose Corrales went to last Saturday was the Charles Town winner’s circle with Something Awesome after they won a race with a $1.2 million purse.

It’s Post Time by Jon White: Combatant and Instilled Regard Now In Derby