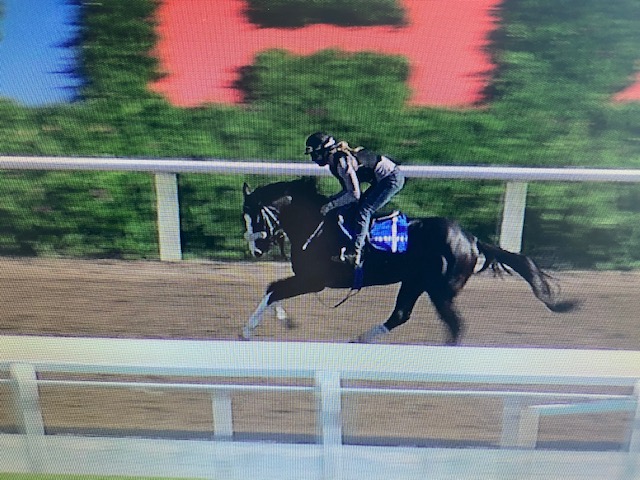 Millie Ball caught up with trainer John Shirreffs to discuss getting Honor A.P. back to speed in time for the Santa Anita Derby, slated for June 6th.

Millie: Mike Smith worked Honor A.P. seven-eighths of a mile in consecutive weeks. How did the most recent work compare to the one a week prior?

John: I thought Honor A.P. ‘s second seven-eighths was much better than his first. I really liked the way he repeated his stride all the way around. When horses are going at workout speeds they are exercising anaerobically, so when you’re going a long distance I like to be a little bit conservative so I can judge how the horse is doing in his recovery phase.

Millie: Will your focus continue to be on building stamina over the next few weeks or will you be concentrating on something else?

John: Now we are going to concentrate on sharpening Honor A.P. with his workouts, so they will be shorter and maybe a little bit faster. And at least one of his workouts will be in company.