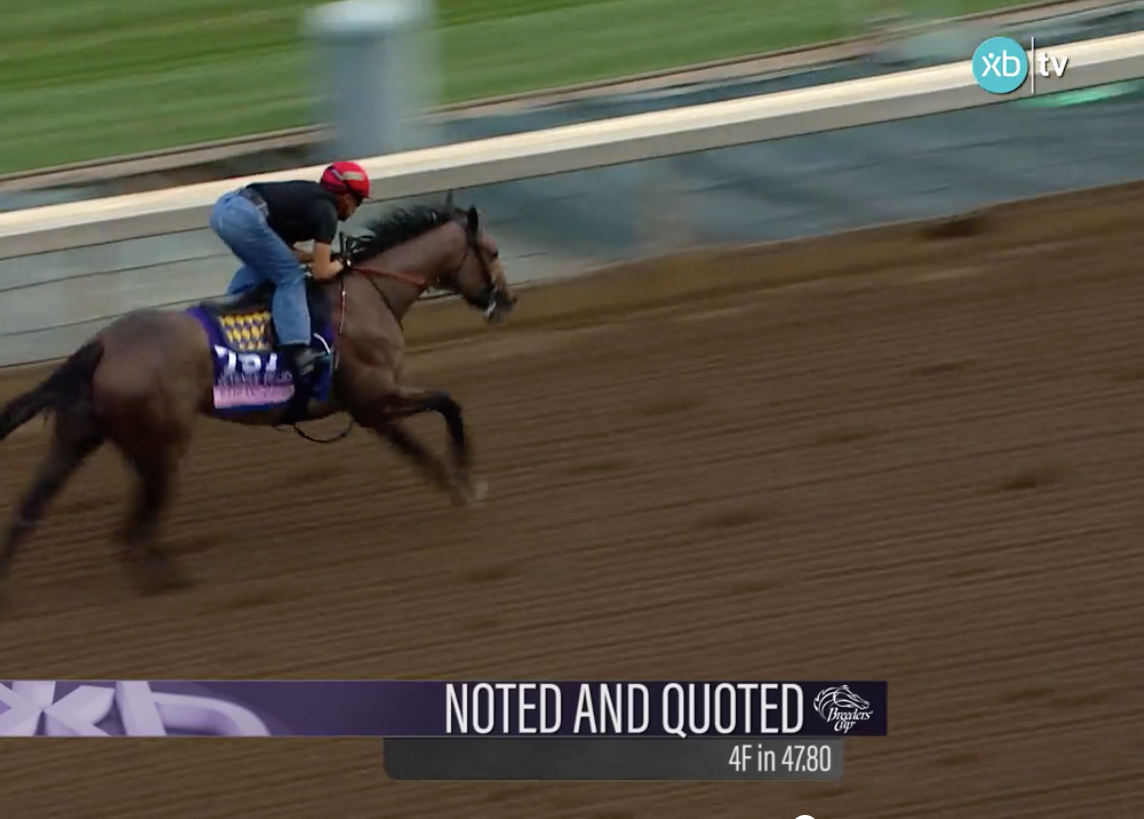 Noted and Quoted (#10, 9-2) looked like a brand new horse in the morning after traveling from Del Mar to Santa Anita Park prior to Chandelier Stakes. She transferred her strong morning workouts over Santa Anita’s dirt to afternoon success when winning the Chandelier. She has worked very well since, further proving the notion that she may be a horse for course. It appears that she ran in the toughest prep race for this and her proven form on the track and at the distance make her the key in this race.

The talented With Honors (#2, 10-1) hung tough with Noted and Quoted when making her dirt debut in the Chandelier Stakes. These two could very well run first and second again in this spot. The only horse who could complicate that scenario is American Gal (#12, 6-1). She will likely wrestle the early lead away from With Honors and has immense potential. She may just be a fast sprinter, but if American Gal can carry her speed for a mile and a sixteenth, then she should be right there on the quick turnaround.

If a hot pace does ensue, then Valdorna (#3, 5-1) and Yellow Agate (#4, 8-1) are likely to benefit the most. It is fair to question who these fillies have been beating, but both horses have great upside and will be closing late in a race that could fall apart.

Union Strike (#9, 6-1) emerged as a front runner for this race after taking the Del Mar Debutante. She has not run since however; and the race has proven to be weak in the interim. It is asking a lot for Union Strike to be ready to route for the first time against this type of company off of a layoff, but she could grab a piece of the trifecta.