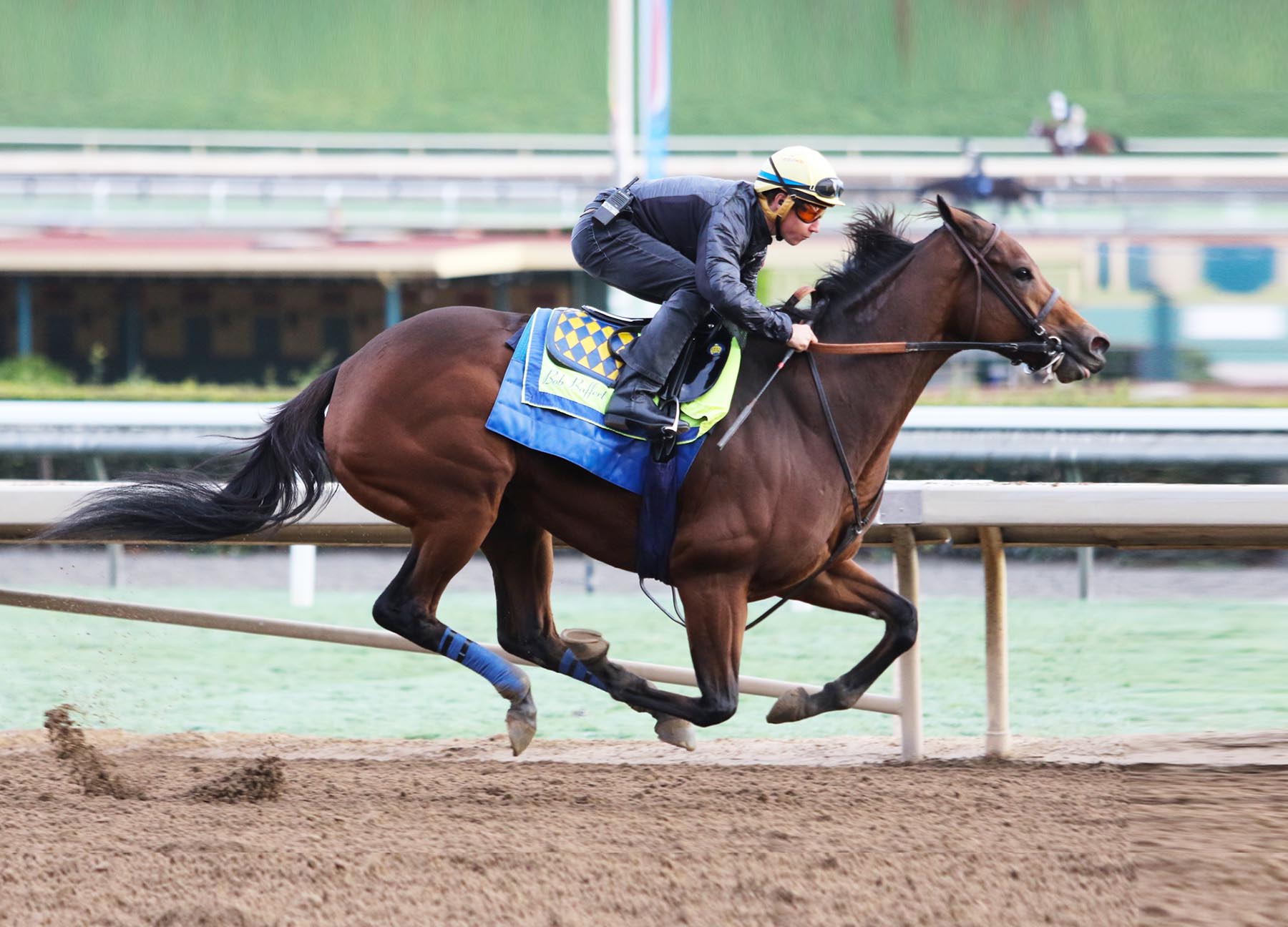 What if the last 11 winners of the Breeders’ Cup Classic were to meet in a race? Who would win it?

That was the interesting subject for a recent podcast conducted by Jared Welch and Aaron Halterman of Racingdudes.com.

According to Welch, this hypothetical race was to be based on each horse’s winning BC Classic performance.

Yours truly was asked to craft a morning line for this hypothetical race. In doing so, I did indeed focus on each horse’s performance when he or she won the BC Classic. And as when doing any morning line, I assigned odds based on how I thought these horses might be bet, not on how I felt the race would turn out.

These are the last 11 winners of the BC Classic:

The first step for me in this exercise was to try and determine who to make the morning-line favorite. I decided it would be Triple Crown winner American Pharoah.

But what price should American Pharoah be? Because of the size of the field and the fact there are a number of other strong contenders in this hypothetical race, I thought 5-2 would be the right price for American Phaorah.

It was much more difficult for me to determine which horse or horses to make the second favorite. I felt that it came down to Arrogate, Zenyatta and/or Curlin.

My initial instinct was to make Arrogate the second favorite on the strength of his stellar BC Classic. The 120 Beyer Speed Figure for his BC Classic win actually matched American Pharoah’s BC Classic figure.

But then I remembered just what a fantastic race Zenyatta ran to win her BC Classic. Her Beyer Speed Figure was 112, but that particular Classic was decided on a synthetic surface rather than on dirt. Beyers for races on synthetic, in the vast majority of cases, are lower than for races on dirt. I think Zenyatta’s 112 should be viewed in that context. It also should be remembered that Zenyatta beat no less than eight Grade/Group I winners when she won the BC Classic.

Something else to keep in mind vis-a-vis Zenyatta was her immense popularity. It seemed to me this also should be taken into consideration when trying to decide what morning-line price to make her in this hypothetical race.

All things considered, I felt Zenyatta, like Arrogate, should be 4-1.

But what about Curlin? His 119 Beyer for his BC Classic was just a single point behind the figures for American Pharoah and Arrogate in their BC Classic victories. Curlin proved to be the best of one of the best 3-year-old crops ever.

I just could not bring myself to make Curlin a bigger price than Arrogate and Zenyatta. Thus, I decided to make Arrogate, Curlin and Zenyatta co-second choices at 4-1.

Here is the morning line I came up with for a hypothetical race consisting of the last 11 BC Classic winners:

BC BEYERS FOR WINNERS LAST YEAR AT DEL MAR

A record 221 horses have been pre-entered in this year’s 35th edition of the Breeders’ Cup to be held at Churchill Downs on Nov. 2-3.

As this year’s Breeders’ Cup approaches, it seems a good time to take a look back at the Beyer Speed Figures for all of the winners at the 2017 Breeders’ Cup at Del Mar.

From highest to lowest, here are the Beyers for the winners of last year’s Breeders’ Cup races:

BC BEYERS FOR WINNERS AT CHURCHILL IN 2011

The last time Churchill Downs hosted the Breeders’ Cup was 2011. From highest to lowest, here are the Beyers for all of the winners of those races:

BC BEYERS FOR WINNERS AT CHURCHILL IN 2010

The Breeders’ Cup also was held at Churchill Downs in 2010. From highest to lowest, here are the Beyers for all of the winners of those races:

As noted earlier, Gun Runner’s 117 in the BC Classic was the highest Beyer Speed Figure registered at last year’s Breeders’ Cup. Gun Runner won by 2 1/4 lengths for Hall of Fame trainer Steve Asmussen.

125 Precisionist in the 1985 Sprint at Aqueduct

124 Sunday Silence in the 1989 Classic at Gulfstream Park

124 Ghostzapper in the 2004 Classic at Churchill Downs

122 Alysheba in the 1988 Classic at Churchill Downs

120 Princess Rooney* in the 1984 Distaff at Hollywood Park

120 Black Tie Affair in the 1991 Classic at Churchill Downs

120 American Pharoah in the 2015 Classic at Keeneland

119 Inside Information* in the 1995 Distaff at Belmont Park

119 Squirtle Squirt in the 2001 Sprint at Belmont Park

119 Pleasantly Perfect in the 2003 Classic at Santa Anita Park

117 Ferdinand in the 1987 Classic at Hollywood Park

116 Invasor in the 2006 Classic at Churchill Downs

115 Personal Ensign* in the 1988 Distaff at Churchill Downs

115 Dancing Spree in the 1989 Sprint at Gulfstream Park

115 Concern in the 1994 Classic at Churchill Downs