Master Mischief (Outside) and Arrowheart Worked 4 Furlongs in 50.20...

Ahead of Plan (Outside) and Desert Cowboy Worked 4 Furlongs... 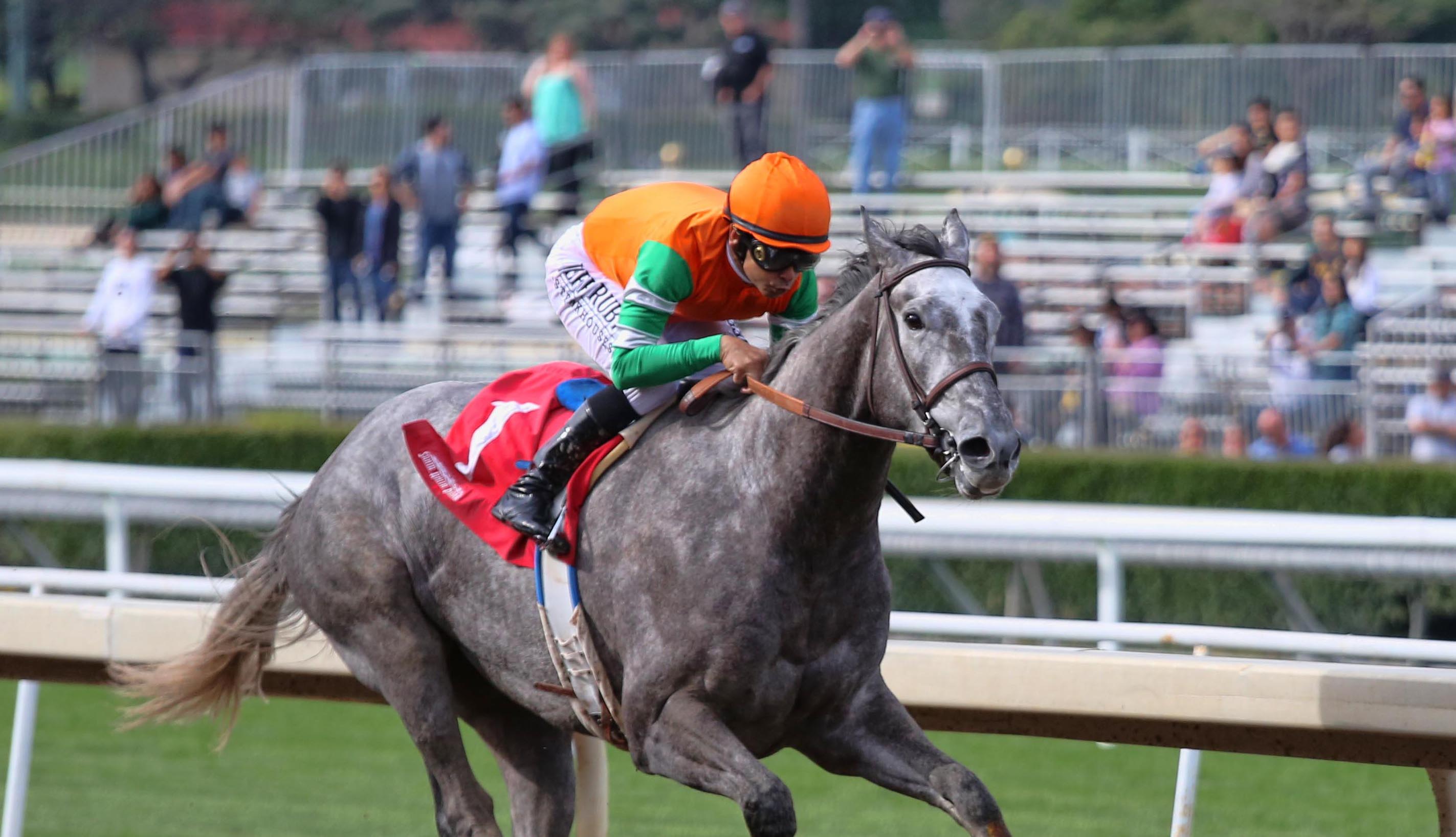 Instilled Regard, who has the look of a rising 3-year-old star, has been installed as the 8-5 morning-line favorite in this Saturday’s Grade II Risen Star at New Orleans’ Fair Grounds.

A $1,050,000 auction purchase, Instilled Regard returns to Louisiana from his Southern California base after winning the Grade III Lecomte at the Fair Grounds by a convincing 3 3/4 lengths as a 2-1 shot on Jan. 13. Javier Castellano, who rode the Kentucky-bred Arch colt for the first time in the Lecomte, will be back aboard Instilled Regard this Saturday for Hall of Fame trainer Jerry Hollendorfer.

I think Noble Indy is an intriguing Risen Star entrant. He is 5-1 on the morning line. Hall of Famer John Velazquez rides the Kentucky-bred Take Charge Indy colt for trainer Todd Pletcher.

Noble Indy is two for two. He won a seven-furlong maiden special weight race by 8 3/4 lengths and recorded a 77 Beyer Speed Figure at Gulfstream Park on Dec. 3 in his debut. The colt then won a 1 1/16-mile allowance/optional claiming contest by three-quarters of a length on Jan. 11 at Gulfstream when assigned an 84 Beyer.

I will not be surprised if Noble Indy — with that excellent 1 3/4 Thoro-Graph figure to his credit — attracts substantial support from Risen Star bettors. I think there is a good chance he will exit the starting gate at a shorter price — perhaps even a much shorter price — than his 5-1 morning line, especially with Velazquez and Pletcher adding to the colt’s appeal.

It will be interesting to see what kind of performance we see Saturday from Noble Indy in his stakes debut. If he does not run better than his 84 Beyer Speed Figure, a victory is extremely doubtful. But if he runs anywhere close to his 1 3/4 Thoro-Graph figure, it will be no surprise to see him posing in the winner’s circle after the Risen Star.

As expected, the “All Others” option was the 5-2 favorite when wagering in Pool Two of the 2018 Kentucky Derby Future Wager (KDFW) closed last Sunday. In terms of individual horses, Bolt d’Oro and Good Magic were the co-favorites at 8-1, with McKinzie next at 9-1.

Here were the final odds for Pool Two of the KDFW:

Montauk had been one of the individual horses, but betting on him was suspended before wagering on KDFW Pool Two began last Friday. The Kentucky-bred Medaglia d’Oro colt has not raced since he won a seven-furlong maiden special weight race at first asking by 11 1/4 lengths last Oct. 7 at Belmont Park. Montauk recorded three workouts in Florida at Palm Beach Downs, but it was announced last Friday that the Kentucky Derby no longer is a possibility for him due to a minor throat issue.

Flameaway, not one of the individual horses in Pool Two of the KDFW, won last Saturday’s Grade III Sam F. Davis at Tampa Bay Downs by a half-length at 10-1. Catholic Boy, sent away as a 3-5 favorite in the 1 1/16-mile event, finished second. Vino Rosso came in third at 2-1.

In Flameway’s only previous 2018 start, he won Gulfstream’s Kitten’s Joy at about 7 1/2 furlongs on the grass Jan. 6. He also was a Grade III winner on the dirt last year. He won the off-the-turf Grade III Bourbon at 1 1/16 miles on a sloppy track Oct. 8 at Keeneland (71 Beyer).

I checked the KDFW Pool Two odds for Catholic Boy just before he started last Saturday. He was 13-1 at that time. Not surprisingly, his price did drift up some to 16-1 after he lost.

LATEST ODDS AT THE WYNN

For comparison purposes, these were the prices at the Wynn Race Book in Las Vegas as of Monday for the individual horses in Pool Two of the KDFW:

Pounded down to 1-10 favoritism, Unique Bella won Santa Anita’s Grade II Santa Maria by nine ridiculously easy lengths last Saturday in her 2018 debut. It was her first start since her initial Grade I score in the La Brea at the Great Race Place on Dec. 26.

Unique Bella now has won seven of nine lifetime starts. The 4-year-old Pennsylvania-bred Tapit filly, who resides in the Hollendorfer barn, had not recorded a triple-digit Beyer Speed Figure prior to the Santa Maria.

MY ANNUAL HALL OF FAME PLEA

Will this be the year that Rags to Riches finally makes it onto the Hall of Fame ballot?

Rags to Riches won the Grade I Belmont Stakes in 2007. Despite stumbling at the start, she won the 1 1/2-mile classic when defeating no less than Curlin, who subsequently would be voted Horse of the Year not once, but twice. Curlin was elected to the Hall of Fame in 2014.

Only three fillies have ever won the Belmont. Ruthless and Tanya were the other two besides Rags to Riches. Ruthless won the inaugural Belmont in 1867. Tanya won it in 1905.

Rags to Riches registered a total four Grade I victories during her career. In addition to the Belmont, she won the Grade I Kentucky Oaks, Grade I Santa Anita Oaks and Grade I Las Virgenes Stakes on her way to being voted an Eclipse Award as champion 3-year-old filly of 2007.

It is true that Rags to Riches made only seven career starts. But while some may regard that as justification for keeping her off the Hall of Fame ballot, it is to Rags to Riches’ credit that despite not having raced more than she did, she won more Grade I races during her career, as short as it was, than both Winning Colors (three) and Genuine Risk (two).

You would think a filly who achieved something of such historic magnitude in the sport as the first filly to win the Belmont in more than a century would be a slam-dunk to at least get on the Hall of Fame ballot. Rags to Riches became eligible for the Hall of Fame in 2013. But she did not appear on the ballot in 2013, 2014, 2015, 2016 and 2017.

The fact that Rags to Rich has yet to even get on the Hall of Fame ballot is beyond absurd. I can only hope that the Hall of Fame’s Nominating Committee sees the error of its ways and finally puts Rags to Riches on the ballot this year. But my guess is she will get a raw deal again in 2018.

It’s Post Time by Jon White: Twists and Turns on the Derby Trail