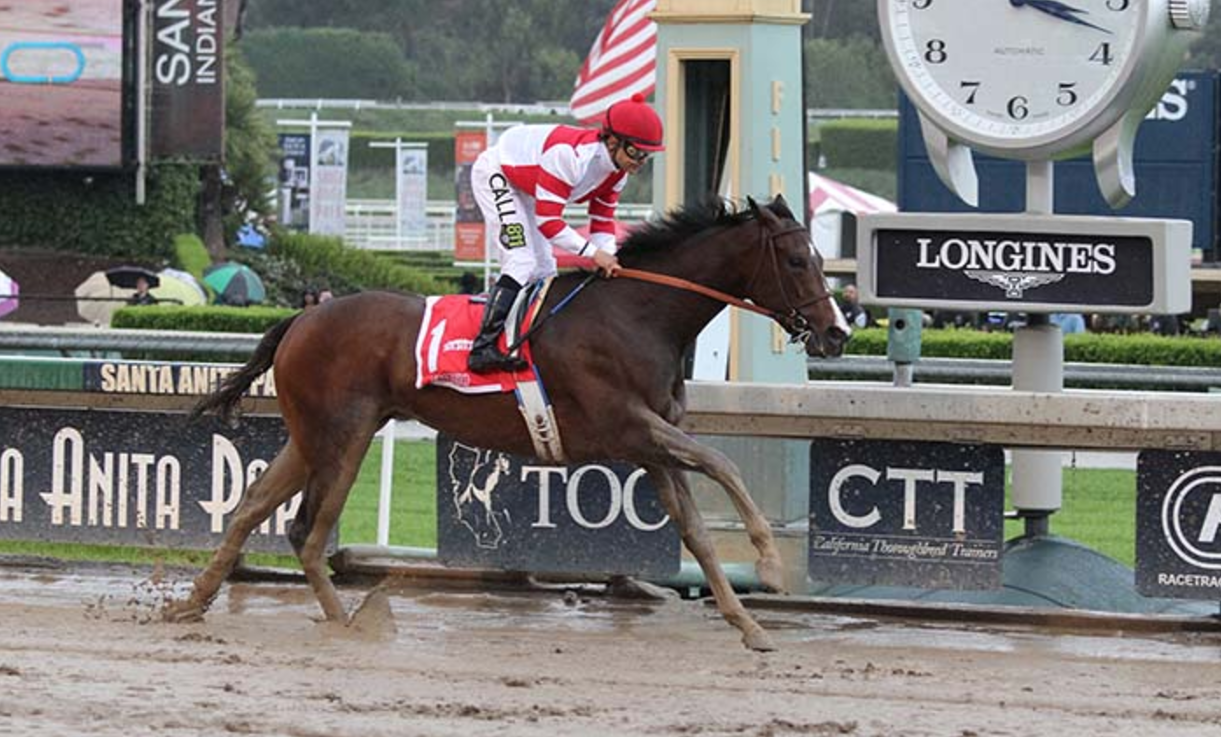 Below is the Pick 4 ticket for Delaware Park on July 15th, 2017. As always, the ticket is $20 or less, but with Songbird in the sequence and a low payout expected, it makes the most sense to try to hit the Pick 4 cold and bet it multiple times.

Adirondack King (#2, 2-1) brings class to a suspect field. If you toss his wet track races, you are left with consistent form against the likes of Stanford and Bradester. He has a second and third place finish over the track and a repeat of his latest effort, third in the Salvator Mile, should be enough to win this race for John Servis.

Never Gone South (#2, 6-1) has managed to run into four of the best sprinters in the country, Sharp Azteca, Imperial Hint, Disco Partner and Whitmore within the last year. He finally received some class relief last time and dusted the red hot Struth in his first start with blinkers on. He lost to favored Eighty Three by only a head earlier this year and the addition of blinkers should be enough for him to turn the tables on that rival.

Frostmourne (#6, 8-5) has improved in each and every start and looks to be developing into one of the top three-year-old turfers in the country. His win over the talented Big Score in the Penn Mile is good enough to win this race and based on his most recent strong workout, further improvement looks to be in store.

Songbird (#5, 1-5) is in a class by herself and should win this race under wraps. The champion filly looks to be the only real speed in the race and while the mile and a quarter distance could be a concern, she is actually the only horse in the race with a win at the distance. Her comeback effort in the Ogden Phipps was strong without being overly tasking and should set her up nicely for a victory in Delaware.

With low prices in the sequence, I expect this ticket to only pay about $40. On a $0.50 wager however; that would be 80X your investment, which makes this bet very worth while. I recommend betting this ticket 20 times, which would cost $10, while paying around $800.

On Track with Johnny D: Stars and Stripes Day

On Track with Johnny D: Time for Fun in the Sun