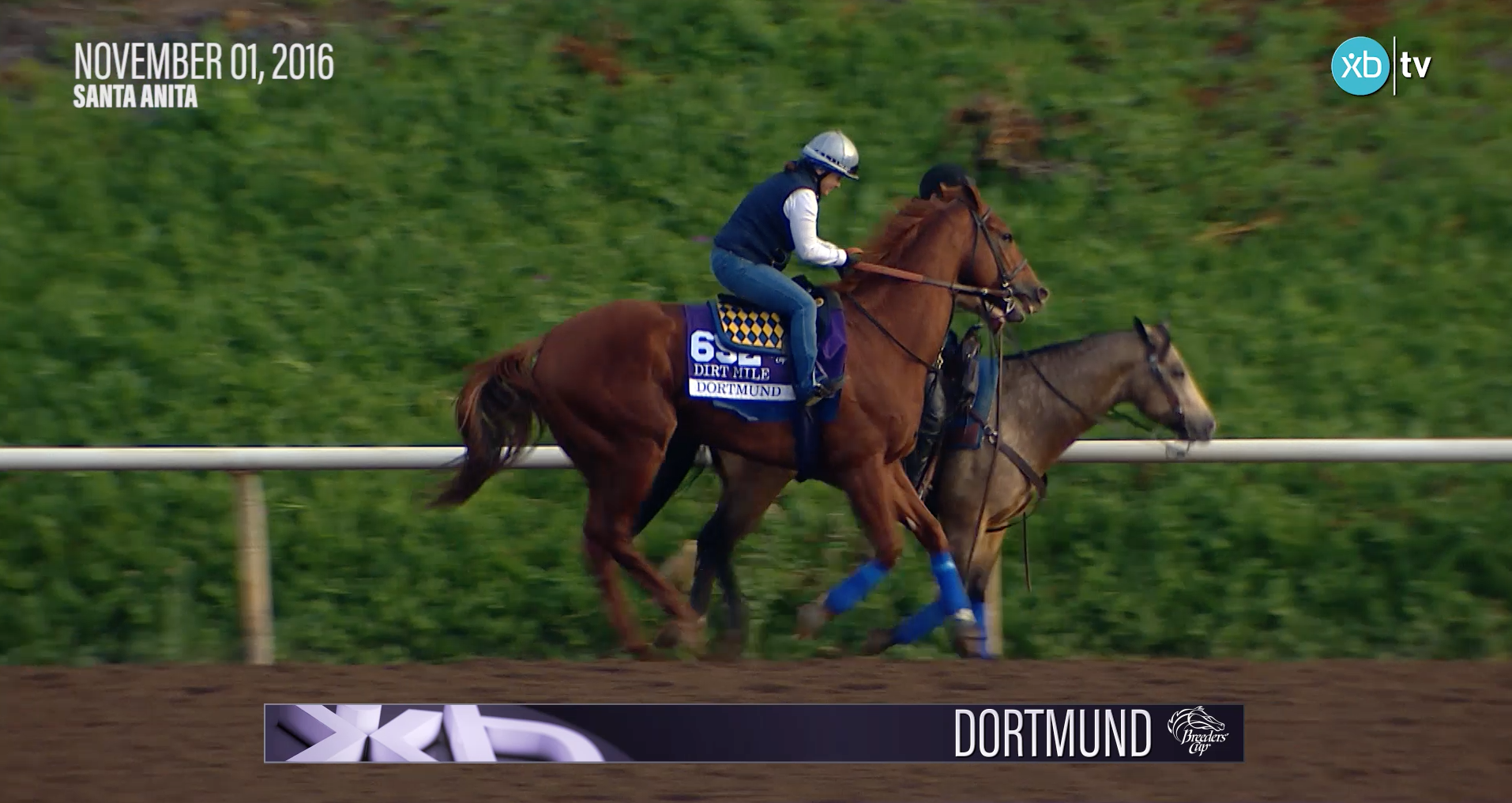 Dortmund (#3, 6-5) looks like the most probable winner on Friday’s Breeders’ Cup card. He has not won in almost a year, but there is no shame in losing to California Chrome three times in a row. He is even more effective at shorter distances and has five wins at Santa Anita Park, while his rivals have a combined one. Martin Garcia knows him very well and will sit off of distance challenged Runhappy before drawing off with ease.

With the likely winner at a short price, the value in this race will come in the form of trifectas. Vyjack (#1, 10-1) is better on turf, but catches a much easier field in the Dirt Mile than in the Mile. He has improved under Phil D’Amato and looks like a prime candidate to be right in the mix. Gun Runner (#9, 9-2) has never been worse than third on a fast surface and should appreciate the cutback to a mile. He worked very strongly for this race and is likely to be in the hunt for second.

The key to a decent trifecta payoff in this race is throwing out Runhappy. He is very talented, but it is certainly fair to question his ability to handle a two turn mile. With Dortmund bearing down on him from the start, this looks like a good spot to toss the second choice from your tickets. I will also include Texas Chrome (#6, 20-1), Point Piper (#4, 20-1) and Tamarkuz (#8, 8-1) in the bottom of my trifectas and superfecta to try to spice up the payouts even more.