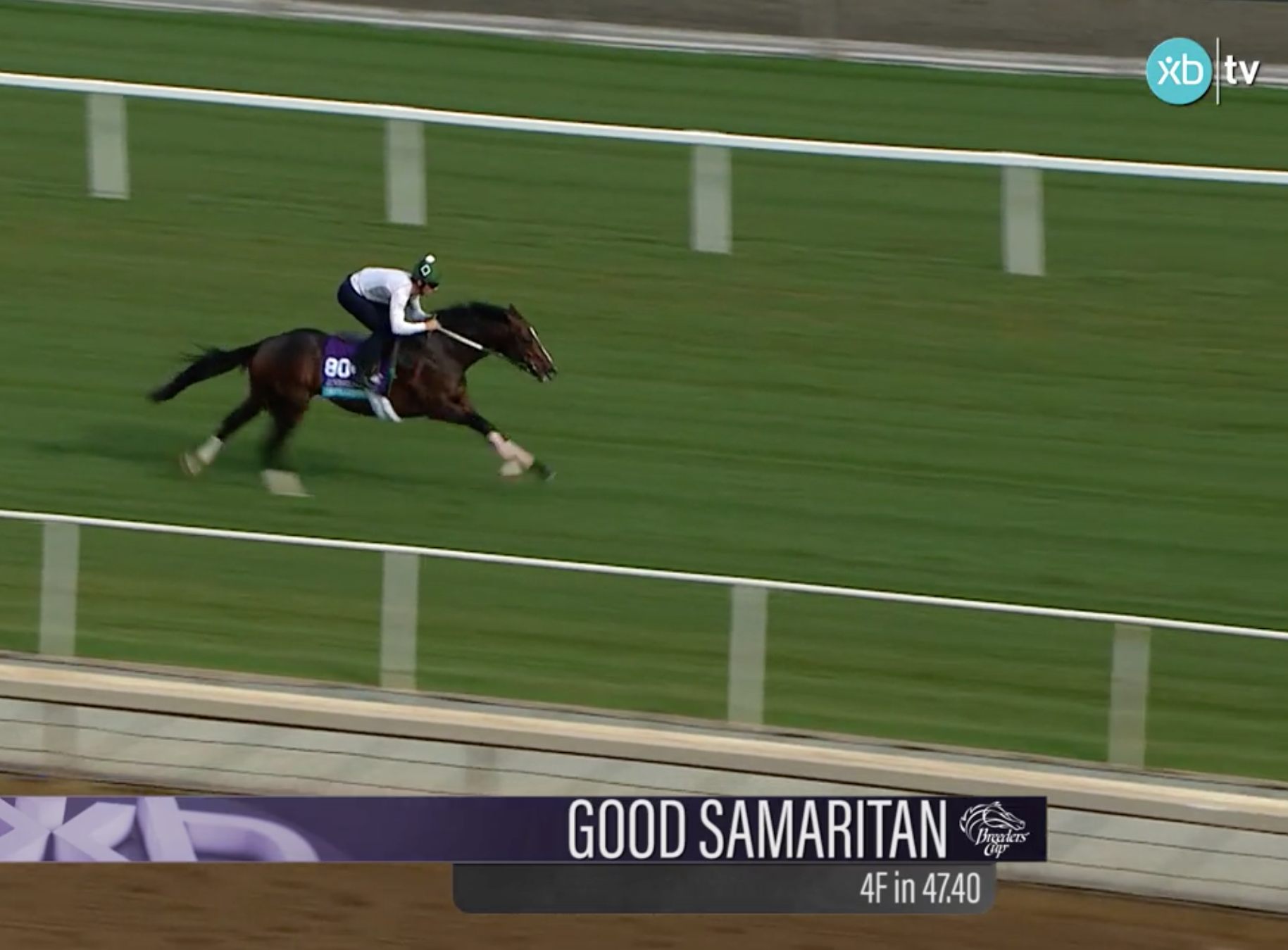 While the European invaders in this year’s Breeders’ Cup Juvenile Turf are formidable, they all come with their share of questions. Lancaster Bomber (#1, 6-1) is a standout based on his second place finish behind multiple Group 1 winner, Churchill, in his last start. He must prove that was not a fluke however; as the rail he was on when 66-1 was said to be “golden” that day. Intelligence Cross (#8, 6-1) gets the services of Ryan Moore and is a consistent sort whose impressive Group 3 win two starts back may be good enough to win. The only issue with Intelligence Cross is that he has never raced past 6 furlongs and 8 of the last 9 winners of this race have raced 7 furlongs or more prior to this race. Rodaini’s (#12, 15-1) last race was a throwout as he had all sorts of trouble. He won his previous four races and has Frankie Dettori, but none of his wins were in graded company and his class is yet to be determined.

All three Europeans have talent and one of the three will almost surely be in at least the exacta, but the horse to key in on is Good Samaritan (#11, 9-2). He won first time out routing on the turf for Bill Mott, who does not crank them up out of the box and followed up with a smart win in a fast time at Woodbine. He was the first turf horse to work at Santa Anita Park and he looked fabulous over the surface.

The play here is to key Good Samaritan in three separate exacta boxes with each European. Follow that up with some $.50 trifectas keying Good Samaritan first and second with the Europeans, Channel Maker (#3, 30-1) and Big Score (#6, 8-1) underneath.