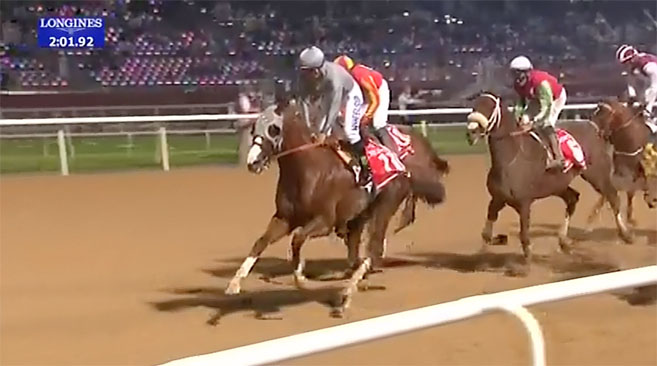 Not the country, mind you, nor the people. I’ve never been, but the place looks amazing on the Internet—which, by the way, is how I travel these days. Not as stimulating as actually visiting a country, but it’s cheaper and safer.

Dubai is home to Burj Khalifa—either the world’s tallest building or an up-and-coming rapper. I guess the former.

Apparently, Emirati prefer their buildings like basketball players: tall. The Burj Al-Arab reaches higher into the sky than any other hotel in captivity and is located on an artificial island. It’s billed as being ‘decadent in every way possible’ and is one of the most expensive places to temporarily rest your head in the world.

The underwater Al-Mahara restaurant, below the Burj Al-Arab, has incredible floor-to-ceiling glass panels that allow diners to view sea life as they simultaneously devour their distant relatives.

In short, Dubai sounds magical. Kind of like an adult Disneyland or Las Vegas—minus the booze, gambling and pole dancers.

Oil, the resource that initially fueled the city’s roaring engine, wasn’t discovered in Dubai until 1966—about the same time yours truly first noticed girls. Guess Dubai got the better of those realizations.

Does it make me infidel if none of that interests me?

Can’t swim; am afraid of sharks (especially when sharing water); been to the beach, seen enough houses of worship, museums and markets to last a lifetime.

What really turns me on, though, is horse racing and Dubai’s got a gusher Saturday at Meydan. A total of $30 million will be on the line in nine races, highlighted by the $10 million World Cup.

It promises to be an exciting night (or US morning) of racing featuring some of the world’s best horses.

And that’s why I hate Dubai.

They’ve lured several of this nation’s top handicap horses and left the division as shallow as a bird’s bath. Check it out, California Chrome, Frosted, Keen Ice, Mshawish and Hopportunity all are halfway around the globe in Saturday’s World Cup lineup.

How’d you like to see them tussle in a race right here in the good old US of A?

Sure you would. Heck, you might even attend such an event.

Now the best you can hope for is that those runners meet in the Breeders’ Cup Classic at Santa Anita. That’s not until November. What are the odds they all still will be racing?

Additionally, World Cup popularity has injured the Santa Anita Handicap by robbing the race of some of its most talented performers. And when you mess with Santa Anita you screw with family. And that I will not forgive!

Despite it’s rich purse, the World Cup lost some allure for US owners and trainers in 2010 when Meydan Racecourse first opened sporting a synthetic Tapeta surface.

I was elated. Dubai’s loss was stateside racing’s gain. More big boys stayed home instead of shipping to the UAE.

Unfortunately, it didn’t take Sheik Mo long to turn toward Mother Nature to find gold in the earth’s surface (again). A natural dirt course replaced the artificial one in 2015 and connections of US-based horses again booked March flights in pursuit of Benjamins.

And who could blame them?

I hate Dubai. But if I owned a horse talented enough to chase those dirhams he’d be on an Emirates jet quicker than you could say ‘Cigar.’

At this point, you’re probably wondering if I’ll even watch and wager on the races from Meydan on Xpressbet. Sure I will. And, win or lose, I’ll probably enjoy the proceedings…even the World Cup.

OK, I admit it. I don’t really hate Dubai.

After all, I’ve only read about it on the Internet.