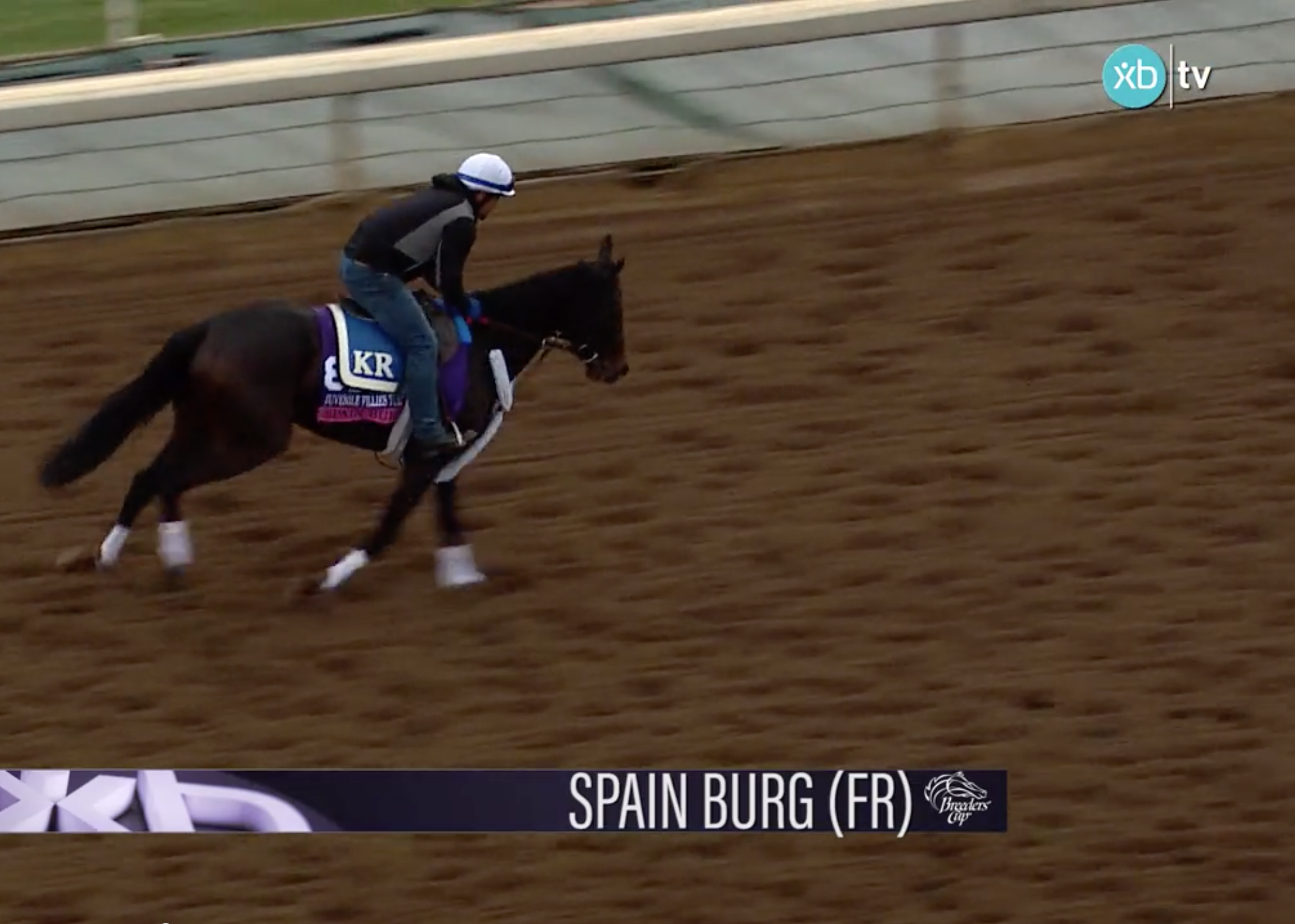 The Breeders’ Cup Juvenile Fillies Turf is a wide-open race on paper, but there appears to be a standout after the post position draw. Spain Burg (#4, 5-1) has improved dramatically in each and every start and was recently purchased for 1.6 million dollars to be brought to America. She owns a win at 7 furlongs and showed an explosive turn of foot in that Newmarket win. She defeated Fair Eva, who easily beat Madam Dancealot and was narrowly beaten by Roly Poly. Spain Burg will start from post 4, while two of her main rivals, Roly Poly (#13, 4-1) and La Coronel (#14, 9-2) were forced outside. There is no question that Roly Poly has faced the toughest competition in this field, but she must prove that she can go farther than 6 furlongs. Look for her to try to get over and be forwardly placed on the stretch-out. La Coronel owns two wins on the turf by 8 and a quarter lengths. It remains to be seen if she can beat the some of the best from Europe, but she certainly should be right there on the wire and is a key horse to use in the trifecta.

Hydrangea (#1, 6-1) should also be included in exotics after running second in a Group 1 at the distance. She appears to be a bit of a hanger, which could relegate her to only minor awards. Intricately (#7, 6-1) will look to make Joseph O’Brien the youngest trainer to win a Breeders’ Cup race. She certainly has the talent to win this race after taking a Group 1, but she has never raced on firm ground and the Curragh supposedly favored speed the day she won. Coasted (#6, 20-1) is a potentially live longshot for the exotics. She looked very good winning her first two turf races before coming up flat in her latest effort. If you blame the yielding turf for her last try, then there is no reason why she can’t be right there. New Money Honey (#3, 10-1), who blew Coasted away in her last start, could get a piece of the action for the always dangerous Chad Brown.